Zebrafish May Hold Clues for Retinal Regeneration in Humans 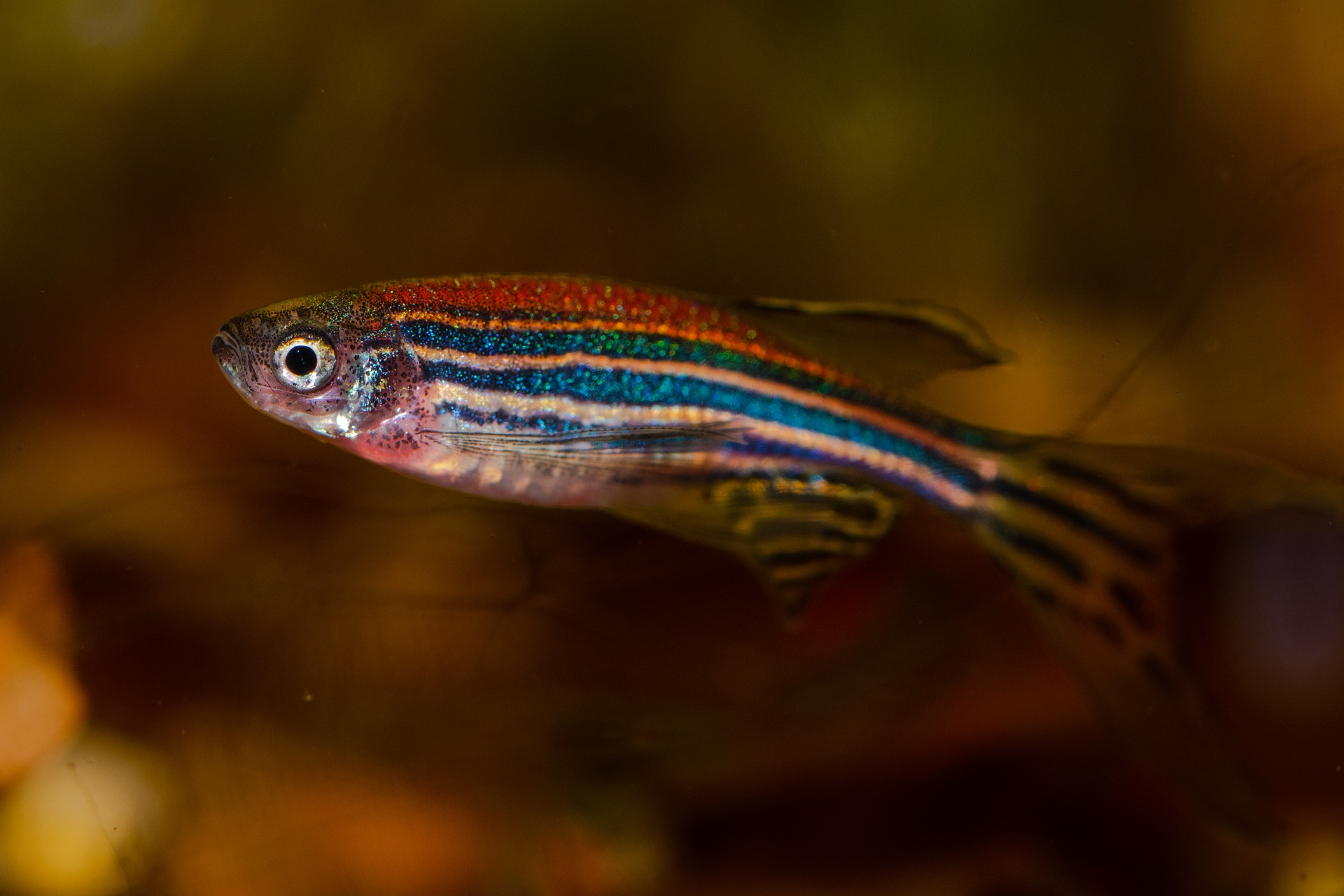 What can zebrafish do that humans can’t? They can regenerate damaged neurons in their retina, for starters. Assistant Professor Diana Mitchell in the Department of Biological Sciences recently received $1.25 million of direct funding from the National institutes of Health (NIH) to study specialized immune cells called microglia and macrophages, to determine if the function of these cells could help explain why zebrafish have this ability and humans don’t. Mitchell’s grant proposal was submitted through the Institute of Bioinformatics and Evolutionary Studies (IBEST).

There is a lot of interest surrounding why some organisms can regenerate damaged organs and tissue, while humans can’t. “This ability has been recognized in lower vertebrates for a long time. But we don’t understand why they have that ability and we don’t”, says Mitchell. “For example, one of things that zebrafish can regenerate is the tissue of the central nervous system, which includes the brain and the retina.” In order to answer this substantial question, we need to first understand the fundamental biology of the regeneration process. Mitchell’s proposal is “ultimately about basic science; to understand the roles and functions of certain immune cells in retinal regeneration in zebrafish.”

Humans actually have the same cell types that are active during retinal regeneration in zebrafish—the Müller glia and microglia—but injury results in different outcomes for the two species. The Müller glia have received a lot of attention—because they act like a stem cell to regenerate the neurons in zebrafish retina—compared to the microglia, which are a specialized type of immune cell and have had much less attention in zebrafish. In contrast, microglia have gained a lot of attention in systems of mammalian retinal degeneration and disease, where they are thought to contribute to pathology. “We have knowledge about one cell type in one species, and another cell type in another species,” says Mitchell. “The question that jumps out to me is whether the function of microglia is important in influencing the Müller glia during retinal regeneration in zebrafish. If so, that could potentially direct us toward what to target therapeutically in human retinal degenerative diseases.”

Combining Fields to Build a Proposal


Mitchell discovered the zebrafish model when she was finishing graduate school. At that time, it was gaining popularity for research in immunology. Later, as a postdoctoral researcher, she learned about microglia at a seminar. When she came to University of Idaho in 2014, she took the opportunity to use the zebrafish model to study microglia in the central nervous system, focusing on the retina. “I was really excited about all the advantages the zebrafish had to offer,” she says. “I saw what was happening in the field of model organisms and what was happening in the field of microglia biology and realized that I could put those things together and come up with a really cool research program.”

As an immunologist, Mitchell has become curious about potential roles for microglia in both development and regeneration. “I want to understand more about them and their functions in the central nervous system.” Between her background in immunology, previous research projects working with zebrafish retina, and recognizing the regenerative ability of zebrafish, she says “the pieces all fell into place to create this proposal of work that I was really interested in, and was also a novel perspective on retinal regeneration.”

Apart from the far-reaching and potentially historic future applications for regeneration in humans, this research has many short-term outcomes as well. Mitchell suggests, “it’s going to fill in our knowledge about microglial biology in general. There’s a lot we don’t know about how microglia function.” The work will present opportunities to understand the currently unknown functions of several microglia-expressed genes in vertebrates.

Also funded by the grant will be the creation of new genetic tools. Mitchell will be creating a system for lineage tracing of different microglia and macrophage populations, and to induce a pro-inflammatory pathway specifically in microglia and macrophages. “It requires us to make some really novel transgenic zebrafish for our purposes, and those could be used by other researchers who want to ask different questions about origins, lineage relationships, or functions of macrophages in different systems.” 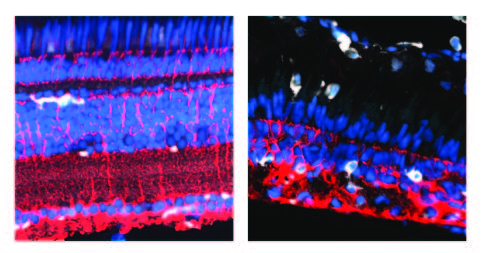 
Mitchell’s research plan is to start by conducting retinal regeneration experiments on zebrafish mutants—fish that have mutations in genes—and looking at the outcome of regeneration when those genes cannot be expressed by microglia. She will use a loss of function approach, where one of the zebrafish mutants lacks microglia completely. Also important in the early stages of this project is the transgenic tool development, which must be completed before some experiments can begin.

The hypothesis is that “manipulating microglia in any capacity is going to change at least the kinetics of regeneration, and probably the overall outcome as well.” Mitchell describes her initial method as a “sledgehammer approach”—taking away the microglia completely or broadly forcing a candidate pathway—followed by narrowing down to a molecular level, where the ability to create genetic mutants is critical. “I think we will find that not only are microglia required for retinal regeneration to occur, but we will also identify the key cellular pathways they use in this context.” The identified pathways will be the foundation for future work and follow-up proposals.

Part of this research involves a collaboration with Michael Varnum at Washington State University. Mitchell’s grant includes a sub-award for electrophysiology to look at the function of neurons in regenerated retinas, which is a specialty of the Varnum lab. She says, “our lab uses histology and microscopy, so we can quantify the neurons that are regenerated, as well as their organization. But the Varnum lab does electrophysiology, where they measure the signals that are being transmitted by the neurons.” Together, the team will be able to tell not only how many neurons are present, but how well they are functioning.

The collaboration gives this proposal an edge over much of the other research on regeneration, says Mitchell. “Most of the labs doing regeneration work are looking at the histological outcome, but they don’t complement that with a functional outcome.” The team will be able to get a more complete picture of the function of synapses and synaptic pathways in regenerated retinas where microglia are absent or producing inflammatory signals, which would be difficult to analyze through histology alone.

Mitchell is currently recruiting graduate students that will be funded through this grant. This is a fully funded opportunity for the next 5 years. Potential students should have an interest in the intersection of immunology and neurobiology. Contact Diana Mitchell if you are interested.

This research is supported by Diana Mitchell’s NIH R01 grant 1R01EY030467-01A1. Crucial to obtaining preliminary data to support the grant proposal were Mitchell’s Developmental Research Project Award (Grant number NIGMS P20 GM103408), and her Technology Access Grant, both of which were awarded through Idaho INBRE.