From Moscow to Silicon Valley and Back Again 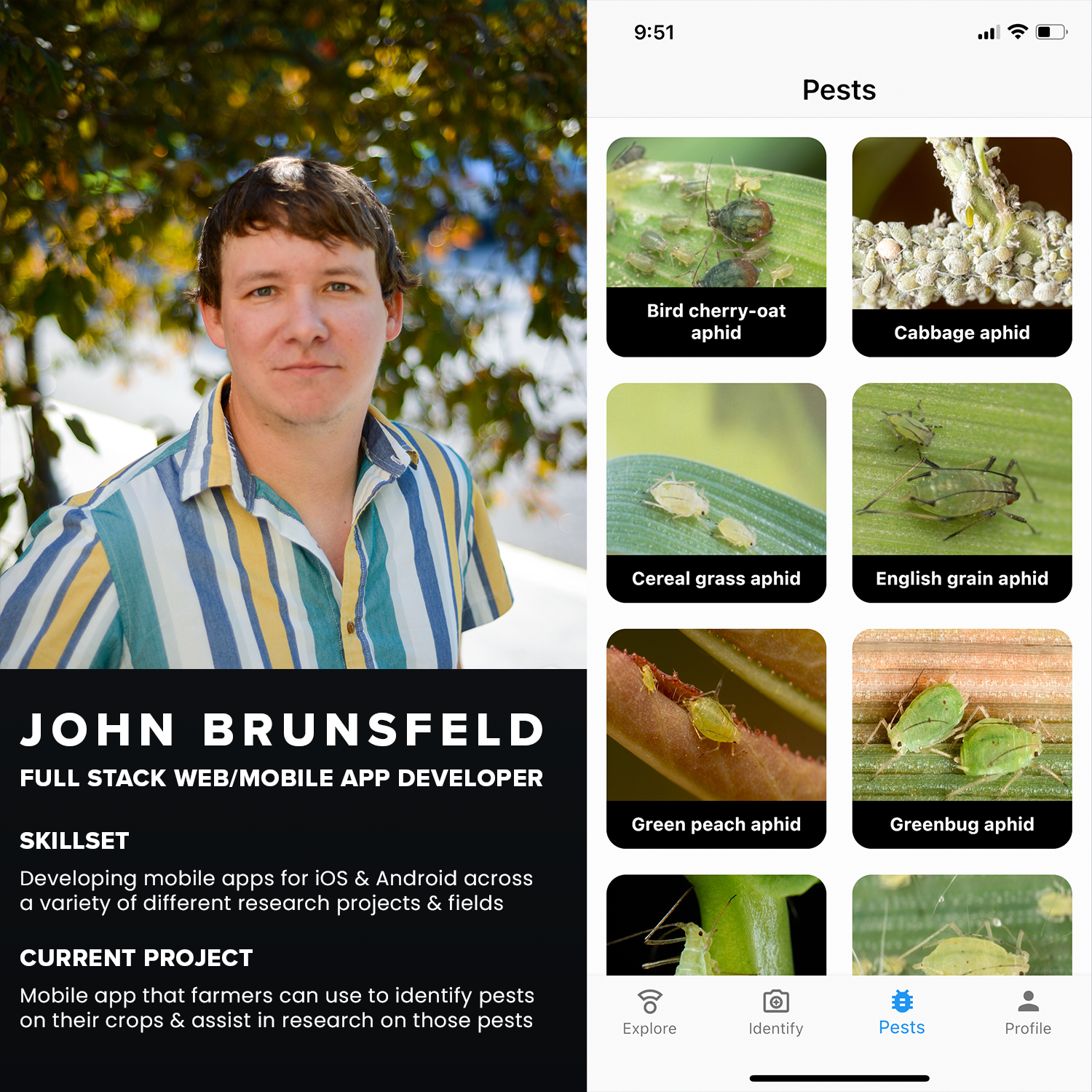 After 10 years in the Silicon Valley startup scene, U of I Computer Science graduate John Brunsfeld returned to his hometown of Moscow, Idaho as a full stack developer for IIDS. There were highlights in Silicon Valley, such as developing an app for an art startup called Inkwell that got four million downloads. But back in academia, he enjoys developing websites and apps for research projects that make positive, mostly non-commercial impacts.

At IIDS, he says, “I get to work on a very broad range of projects. Each one is equally as interesting as the next.” One of the projects he is working on now is a mobile app that farmers can use to identify pests on their crops. Researchers can use that data to analyze how pests move through crops. Brunsfeld is also working on an interactive board game to educate kids on the use of pesticides.

“Being able to be a part of everyone’s research and grazing all these research areas is extremely stimulating in a way that I can get a sense of what’s going on in multiple fields,” he says. In other words, his skills extend to all research fields. He specializes in user interface design and iOS mobile development to create the best user experience possible.

His passion for the arts extends beyond the screen - he also plays the mandolin and performs with his band, The Pond Bluegrass. Catch him at Hunga Dunga on November 18th and The Alley on December 2nd.

Have a project that you think John can help with? Let us know.