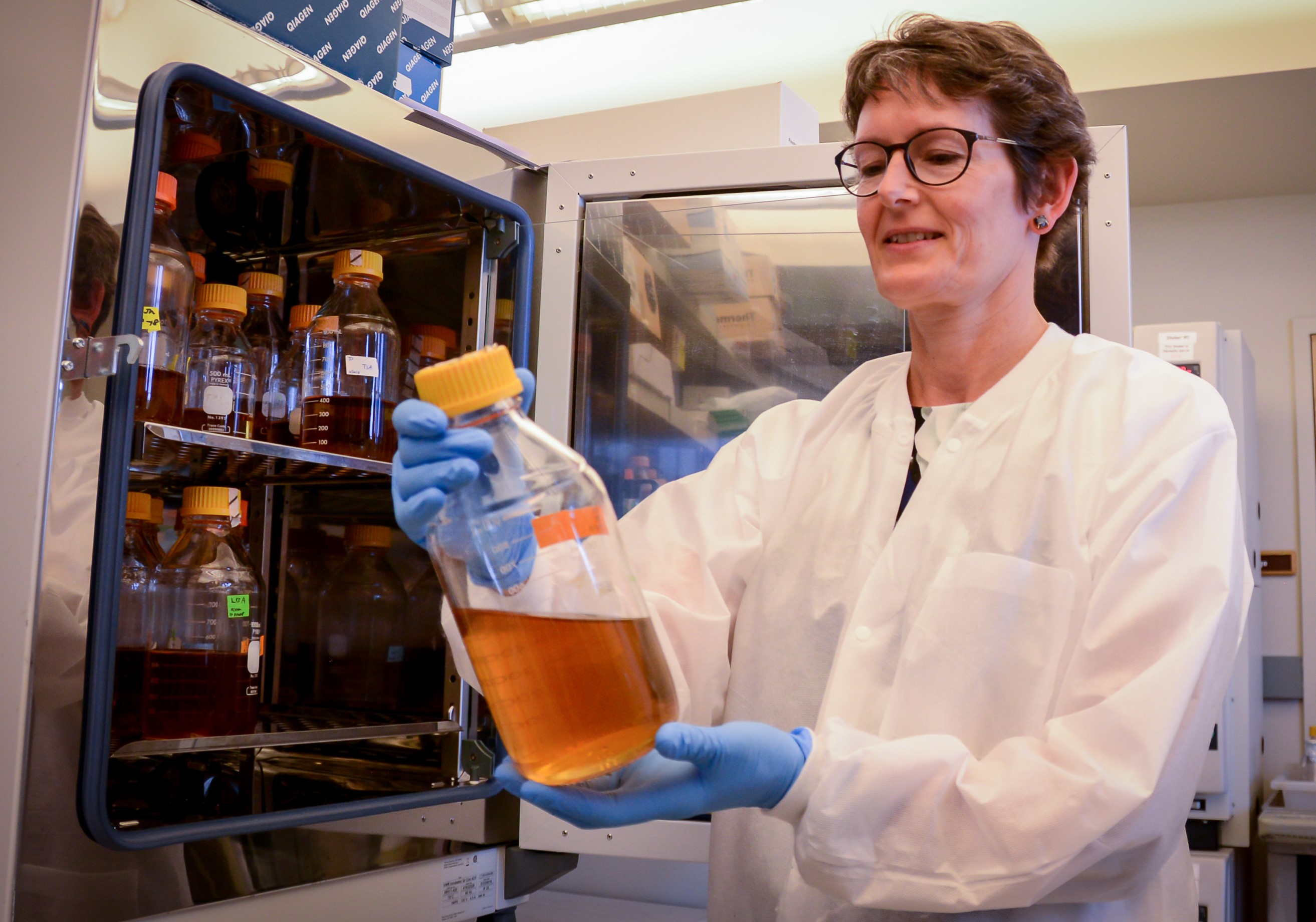 Department of Biological Sciences Professor Emerita Eva Top was elected to the rank of Fellow in the American Association for the Advancement of Science (AAAS) in recognition of her pioneering work on the ecology and evolution of multiple drug resistance plasmids in bacteria.

Each year, the AAAS Council honors exceptional scientists and innovators whose efforts on behalf of the advancement of science have distinguished them among their peers and colleagues.

“I am honored to receive this recognition,” said Top. “It would not have been possible without the excellent work and dedication of so many people who have worked with me for more than 30 years: graduate and undergraduate students, postdocs, technicians, mentors, and collaborators from all over the world.”

“Together we try to keep our work novel and relevant and tackle questions from different angles by working across disciplines instead of using one narrow approach.”

Horizontal gene transfer is an important mechanism of bacterial evolution. The most alarming example of this is the rapid spread of antibiotic resistance genes among bacterial pathogens. Because it threatens our ability to fight infectious diseases, antibiotic resistance has been declared one of the biggest threats to global health by the World Health Organization.

One of the ways drug resistance spreads between bacterial pathogens is through plasmids—mobile genetic elements that often carry genes that transmit resistance to antibiotics. Because effective antibiotics are limited, Top focused her research on supporting the development of strategies aimed at reducing the spread of antibiotic resistance genes.

She and her lab set out to understand the evolutionary mechanisms that cause plasmids to persist and spread in bacteria and find factors to limit that spread.

Over the past three decades, Top’s team has pioneered joint theoretical-experimental studies that gained insights into the ecology and evolution of multidrug resistance plasmids, showing that it takes very few genetic mutations for plasmids to rapidly improve their persistence in bacteria and bacteria themselves can also evolve to stabilize plasmids. Their work has been at the forefront of determining the molecular changes involved in this evolution.

Their discoveries have opened avenues for other labs to study the previously poorly understood patterns of plasmid-bacteria coevolution, which has attracted increasing interest worldwide in this rapidly growing field.

Thanks to available genomics and bioinformatics tools, Top’s lab was also among the first to assess the genetic diversity of self-transmissible plasmids on a large scale. Additionally, their work has played an important role in determining the extent of gene transfer in natural environments.

“The U of I, particularly IIDS (formerly IBEST) and the Departments of Biological Sciences and Mathematics and Statistics, have been the perfect environment for the interdisciplinary studies that were required to advance this field of plasmid ecology and evolution,” said Top. “Without the collaborations with mathematicians and bioinformaticians, our work would have not been nearly as impactful.”