Tanner Varrelman came to the University of Idaho in 2014 as an undergraduate studying biology. Like many students, he wasn’t sure exactly what he wanted to do with his degree. He remembers James Foster, his advisor at the time, telling him that there weren’t enough scientists in the world and urging him to try research for a semester.

It was a population biology course that piqued his interest and first introduced him to Scott Nuismer. “That class was interesting to me,” says Varrelman. “Being able to see the use of data to answer questions.” After learning about the transmissible vaccines for wildlife populations that Nuismer studies, he joined the lab as an undergraduate researcher.

“As an undergraduate researcher, I was able to get my first taste of mathematical modeling, and it really captivated me,” he says. “From then on, I realized that this was a direction I wanted to pursue.”

Meeting Nuismer and mathematical biologist Chris Riemen shaped Varrelman’s path through the University of Idaho. In addition to introducing him to modeling, he recalls that both mentors were instrumental in his learning fundamental processes like collaborating on large projects and writing scientifically. “Looking back at my first piece of published work, it’s interesting to see how I wrote then versus my writing now,” he says.

The multidisciplinary nature of Bioinformatics and Computational Biology (BCB) program is what drew Varrelman there. “There was this ability to learn to code and model and all of these other tools that I didn’t have with a background in biology.” After getting the opportunity to remain in the Nuismer lab and pursue his master’s degree, he decided that transmissible vaccine modeling was something he would like to pursue even further. He was able to secure funding and complete his Ph.D. in the same lab he started out as an undergraduate researcher in. 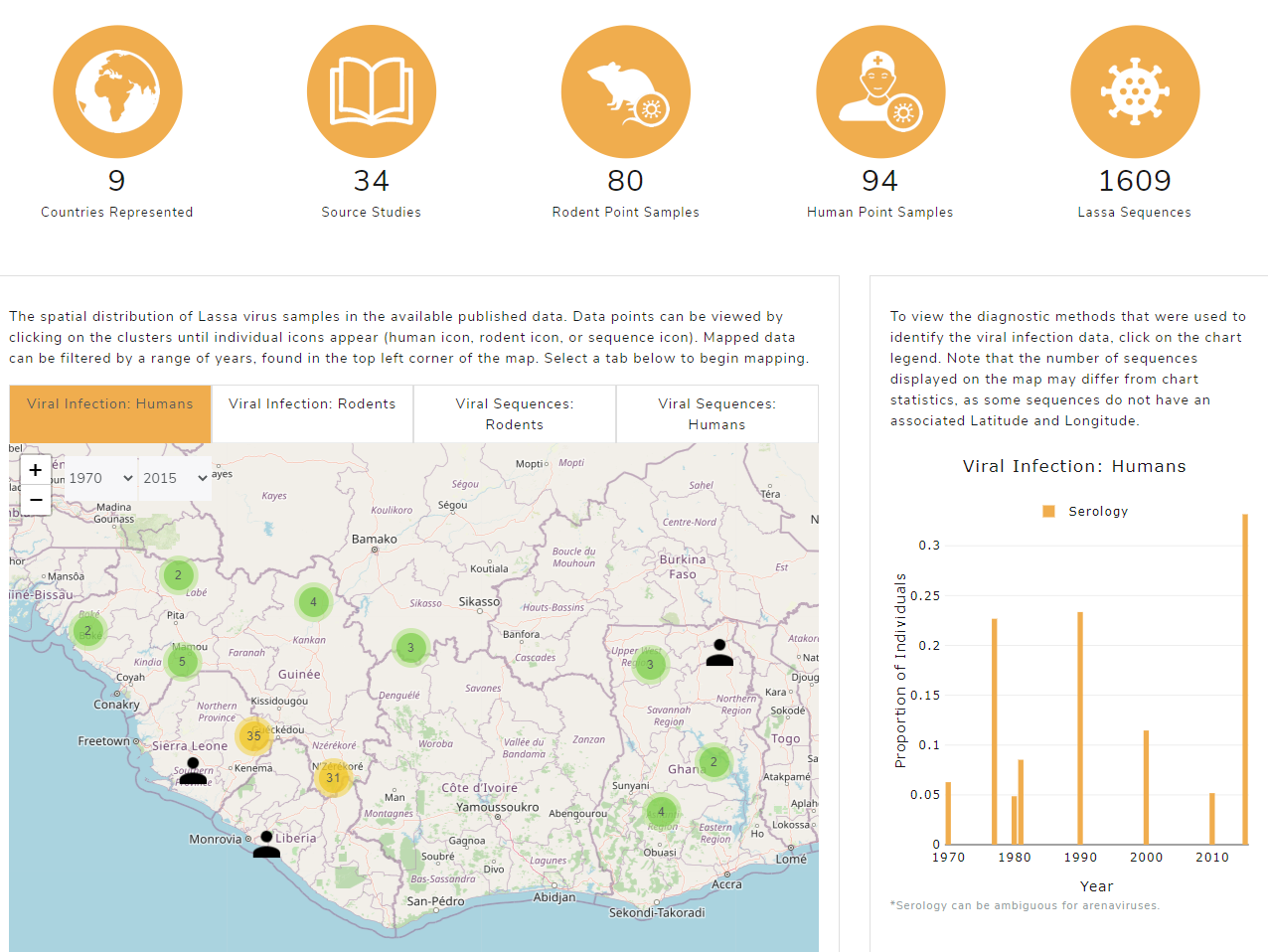 
During his time in the BCB program, Varrelman began to learn about databases—both their development and creating the code to populate them. While expanding that skillset, he discovered an area that he didn’t know he was interested in. “I was able to develop my first database, and that led me to pursue a lab rotation with NKN [Northwest Knowledge Network].”

During that lab rotation, Varrelman was mentored by NKN Director Luke Sheneman and Research Applications Architect Jennifer Hinds to learn about database architecture and web development tools. He says, “I think that shifted my focus from modeling to being really interested in developing tools for visualizing interactive data.” Learning new concepts and coding languages was a challenge, but Varrelman says that seeing concepts evolve from datasets into databases with visualization tools was incredibly fulfilling. This lab rotation was another turning point for him in deciding what he wanted to do with his education and skillset.

Varrelman’s doctoral thesis work is a “multidisciplinary approach to study infectious disease.” In his three-chapter dissertation, the first two chapters focus on developing mathematical models—specifically, models of transmissible vaccines that target pathogens in wildlife populations. This is especially relevant in today’s world, as “the spillover of zoonotic pathogens has really highlighted the need for effective control measures.” Transmissible vaccines are a potential tool to help solve this issue, although not much work has been done in specific applications yet. Developing quality models of infectious disease also requires high-resolution datasets, which aren’t very common because of this knowledge gap.

In the final chapter of his dissertation, Varrelman combines his knowledge of disease and databases to develop an open-source database for Lassa virus—a zoonotic pathogen in West Africa that causes hemorrhagic fever and kills thousands of people each year. Together with NKN, he developed a comprehensive dataset that includes viral infection and sequence data. “We incorporated that into a database and developed a web interface that allows people to interact with the data,” he says.

In addition to visualizing the data through maps and summary statistics, the Lassa Virus Dashboard also provides tools to download the data. That way, “people don’t have to go through that grueling process of compiling these datasets to then do modeling.” The dashboard provides a comprehensive visualization of the distribution of the virus across West Africa and, like the rest of Varrelman’s thesis work, provides more insight into the modeling of infectious diseases.

After successfully defending his thesis in April, Varrelman now hopes to use everything he learned at the University of Idaho for data analysis or software engineering in his future career.